If I could have a super power I would choose the ability to travel through time. Maybe that’s not really considered a super power but whatever. I’d choose it anyway and I would only travel backwards in time. Not forward. I’m okay with the mystery of what’s to come. I don’t really want to know about the future but I would like to experience first hand some of the things that I have read about or seen in photos.

I could watch Abraham Lincoln deliver the Gettyburg Address. I could visit the 1893 Chicago World Fair and ride the Ferris wheel. I could get to know my parents when they were my age. The list goes on. This desire for time travel fuels my choice in books as well. Historical fiction is one way to travel through time and I do enjoy that genre but what I really love is a book that deals with time travel itself.

In that vein, I thought I would share a list of my favorite time travel books. They are arranged according to their publication dates. Each one, in my opinion is an exciting ride. 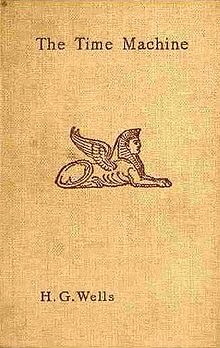 You can’t really discuss literary time travel without starting here. Wells Time Traveler goes forward in time which is not my preferred direction but the thrill is still there. Being able to set a date on a dial and send yourself to that place and see what the future holds is a staggering idea! I actually saw the film version with Rod Taylor years before I read the book.  As a result, I can’t read this with out picturing the blue skinned morlocks and the mannequin the Time Traveler observes changing her fashion as he moves forward in time. 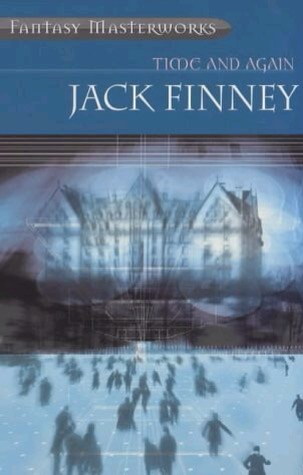 Though written in 1970, I only recently discovered this book on a Goodreads top ten list. In this story a bored New York City advertising man is approached by a government agency interested in recruiting him for a secret experiment in time traveling. The quirk in this time travel theory (because of course every author has their own), is that the traveler has to be in a place that existed during the time they wish to travel to. Our hero moves into the historic Dakota apartment building on Central Park and begins to immerse himself in the past. We learn about New York during the turn of the century and experience life through the eyes of someone who knows what the future brings. 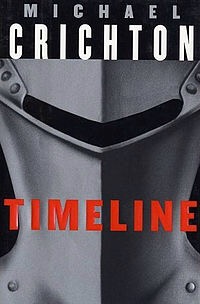 This book has been a favorite of mine for quite some time (pardon the pun). In this a group of archeologists working on a dig in France discover a message buried in the dig site that appears to be a plea for help written in English and in handwriting that appears to belong to their missing team leader. Eventually through the use of quantum physics, they are transported back to 14th century France in order to rescue their friend. I think what appeals to me most about this story is that the characters are a group of historians and academics who have researched and obsessed about this particular time period only to be dropped into the middle of it like kids in a candy shop! They can actually see what they have only theorized about. Also, if you have ever read anything by Michael Crichton (Jurrasic Park, Airframe, The Adromeda Strain) you know that he never does anything half way. He’s done so much research into quantum physics and multi verse theory and explains it so logically that you almost believe time travel could be possible. On a side note, this book was made into a really bad movie. If you’ve seen it, please don’t judge the story based on that. 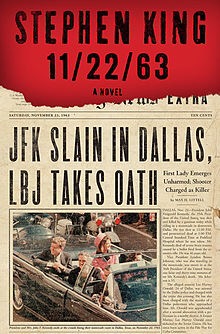 And then there’s this, the novel that asks the question that everyone who has considered time travel has thought about: Is it possible to go back in time and change the past? I’m a little surprised that Stephen King had not tackled this subject before considering he is a master of the strange and unusual. I really enjoyed all of the historic detail King included in the story. I found myself reading up on Lee Harvey Oswald and the events leading up to Kennedy’s death just to find out more and to confirm the information being given in the novel. The hero is an ordinary guy who stumbles into the fantastic, a very likable guy who struggles with his moral duty and has to make some very difficult decisions. The ending of the book seemed to go on longer than was necessary but King’s tales tend to do that.

I’ve read others, but these are my favorite so far. I would love to hear your thoughts on these books or some recommendations for further time travel adventure I could take!